The bond program is part of HFA’s environmental commitments to propagate green building in the affordable housing sector, aligned with standards that will promote a timely transition to a low carbon economy.

The state-owned agency is committed to delivering on a low carbon economy with the help of its Green Bond Program. New York was the first state to adopt the Climate Bonds Certification for affordable housing in the US. HFA has subsequently adopted our Programmatic Certification which is ideally suited to large multiple green issuers seeking to streamline their green bond Certification process.

In 2018 alone, HFA issued 5 Certified bonds all through the Programmatic route. ​The full list is below: 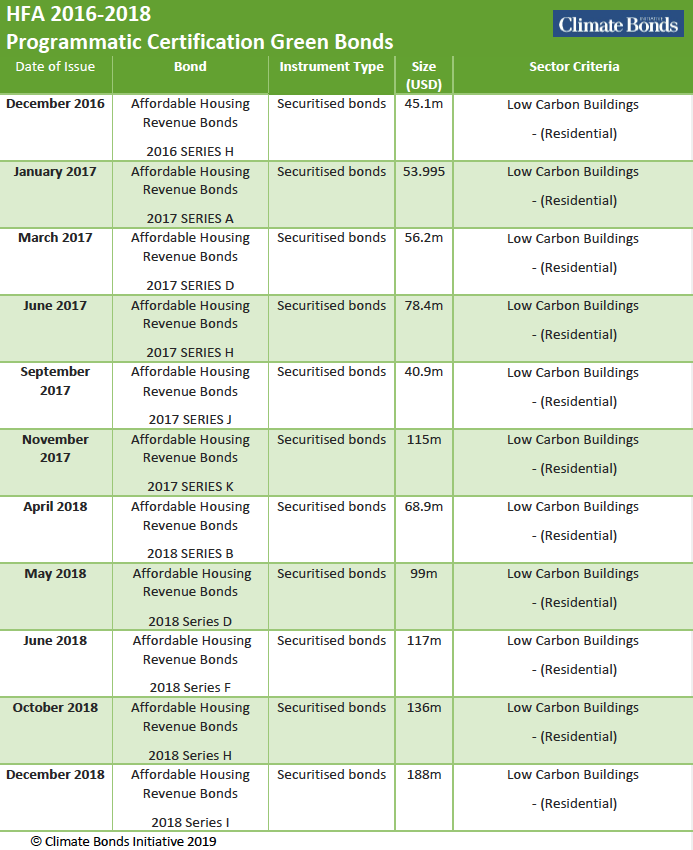 In the US, large green issuers to adopt Programmatic Certification for their green bond programs other than HFA are San Francisco Public Utilities Commission (SFPUC), the giant New York MTA and Los Angeles MTA.

Some of the other large issuers using Programmatic include the French rail network operator SNCF Réseau and consistent green finance innovators in the banking sector, NAB & Westpac from Australia. Case studies can be found here.

In 2019, passing double figures in green bond issuance marks a public authority or corporation as a global leader.

We look to a future where brown-to-green transition has mainstreamed repeat green bond issuance into business plans and balance sheets.

Closing the climate finance gap requires muliple issuance to become a commonplace stage, built into the greening of an organisation's bond issuance program.

We're not there yet. There's some catching up required from banks and the large corporate emitters, 2020 looms and too many are still to issue their very first green bond.

In the meantime, well done HFA with their 11th.

Find out More – Resources and Contacts 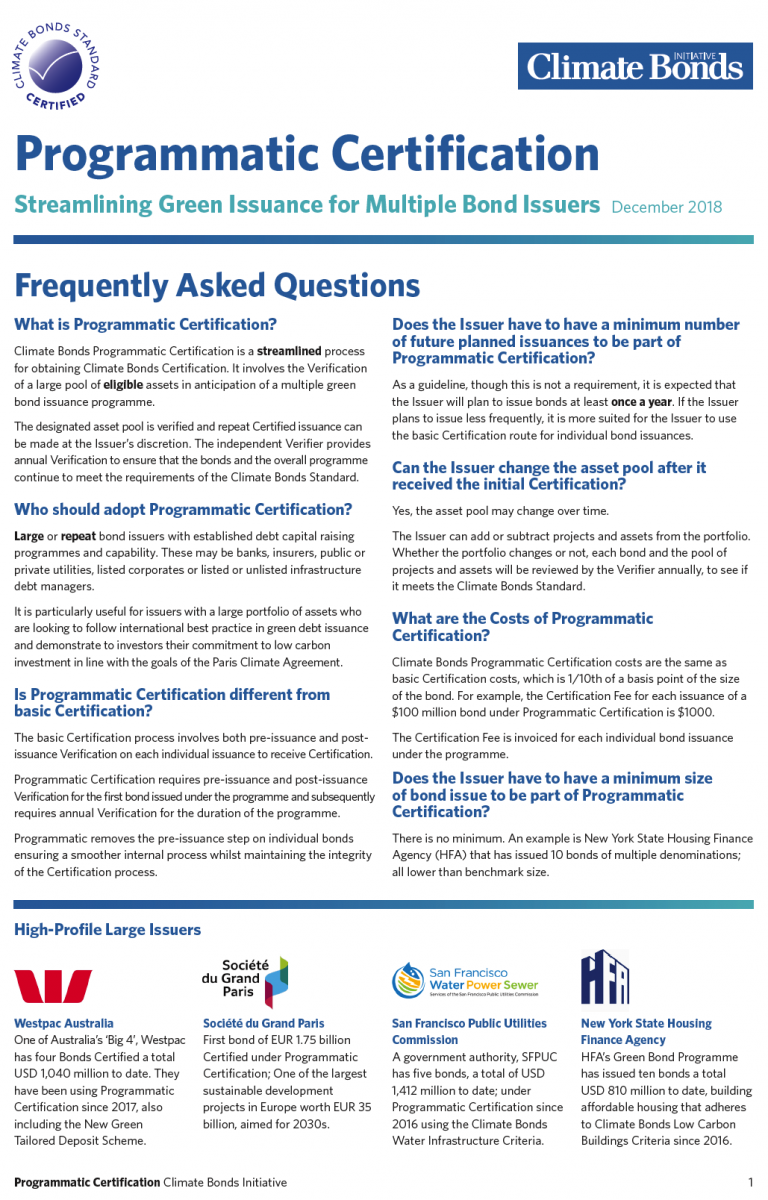 To find out more, visit our Programmatic Certification page or download the PowerPoint Guide and the FAQs pdf from the bottom of this post.