What is the scientific understanding of the impact of fossil gas on the climate?

Investment in gas is a threat to achieving the goals of the Paris Agreement.

Expected GHG emissions savings from using fossil gas instead of coal have been exaggerated. Such claims have been based solely on a plant-by-plant comparison between coal and gas-fired power; they do not include the gas supply chain, which is a significant omission. Fossil Gas is lost at the wellhead and through equipment along the transportation route. While the percentage is a small number, because fossil gas is mostly methane, even small leakages have a significant impact on the climate.

We are in a climate crisis. The pace at which economies decarbonise will determine the world we inhabit by the end of this century.

The EU Taxonomy’s robust approach to electricity generation is under scrutiny. There is pressure to allow a much wider role for unabated gas, which risks compromising the EU’s climate commitments and locking in high levels of GHGs for a generation.

The alternative is to fully back Europe’s science-based 2030 emission reduction targets and enable European industry to focus on the opportunity to lead a rapid global shift to a green economy.

What is the scientific understanding of the impact of fossil gas on climate:

1. Methane matters because its impact on global warming is 82.5 times greater than CO2.1

Methane levels have been increasing steadily since 1985, according to data from the National Oceanic and Atmospheric Administration (NOAA).2 This is a cause for concern because methane is exceptionally good at absorbing heat. It warms the planet much more quickly than CO2. If the impact of emitting the two gases is compared over a 20 year period, methane has 82.5 times the impact of CO2.3 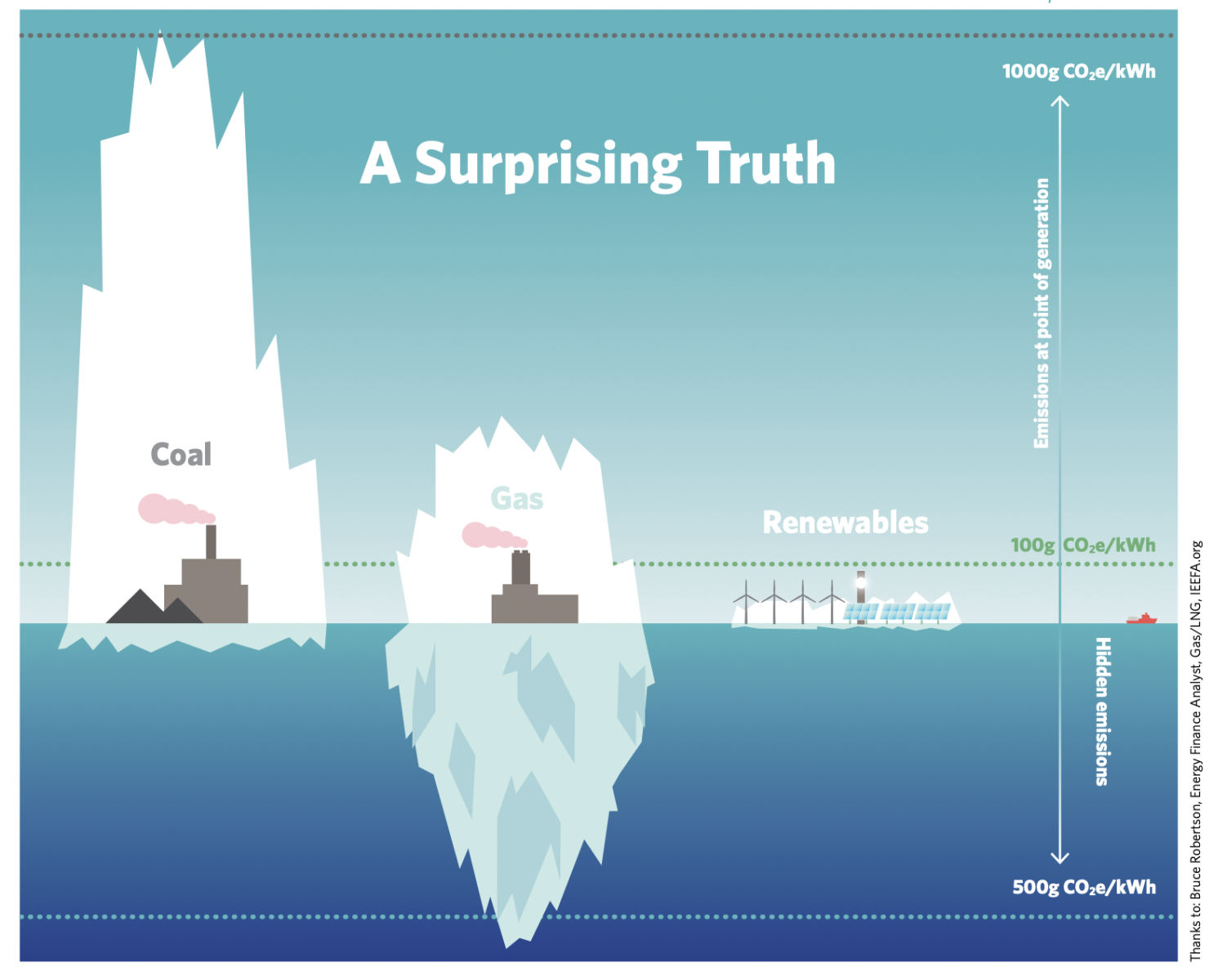 2. If gas leaks more than 3% of its methane content, it is worse for the climate than coal.4

Methane can be lost from production wells, pneumatic devices, and valves along transportation routes. In urban areas, gas distribution networks can also be a source of methane leaks. When well-to-plant methane emissions are included in comparisons of gas- and coal-fired power, the benefits of gas against coal are typically only marginal. BUT if methane leaks total more than 3% of gas’s content, generating power with gas is worse for the climate than coal. 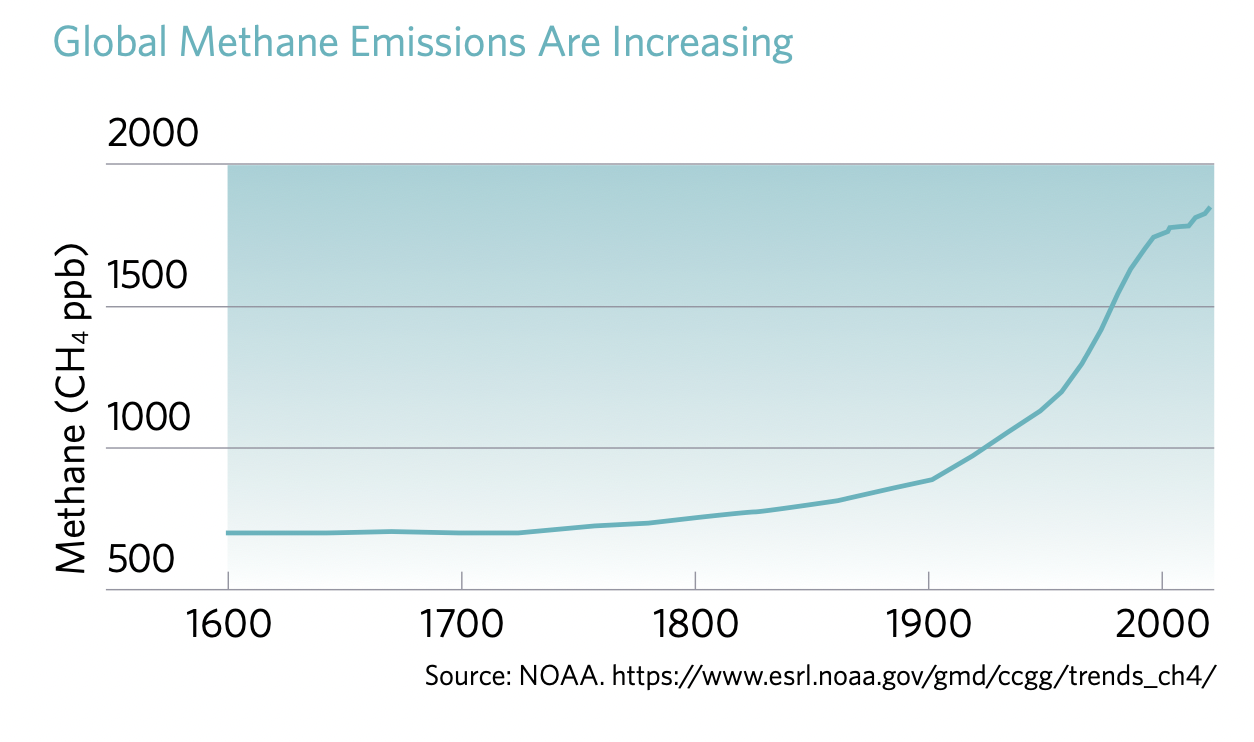 3. Methane emissions attributable to oil and gas production are 70% higher than official figures.6

At its most fundamental level, the extraction and use of fossil fuels is a larger methane emitter than had been understood. In 2020, the journal Nature published a ground-breaking study of the carbon signatures of methane in ice cores.7 These signatures allowed for identification of various methane sources. (Methane produced by the extraction and use of fossil fuels has a different radiocarbon signature to methane produced from other natural geological sources such as seeps and mud volcanoes.)

This research found that emissions from fossil fuel production are 25% to 40% higher than previously understood.

The study’s lead author, Benjamin Hmiel, explained, “We’ve identified a gigantic discrepancy that shows the industry needs to, at the very least, improve their monitoring. If these emissions are truly coming from oil, gas extraction, production use, the industry isn’t even reporting or seeing that right now.” 8

4. The EU imports most of its gas, increasingly in the form of highly inefficient LNG, and always from sources with high methane footprints.

Nearly 40% is sourced by pipe from Russia9 - the country with the highest contribution to global methane emissions from the oil and natural gas sector.

Europe imports a further 36% as liquefied natural gas10 (LNG) - a product that uses as much as a further 25% to fuel the process of liquefaction and transportation.11 This extra amount means that total power produced from LNG emits more GHG than power from coal.

Ireland’s Parliament has heard evidence12 that the GHG footprint of LNG imported from the US to Ireland would be 44% higher than coal’s. 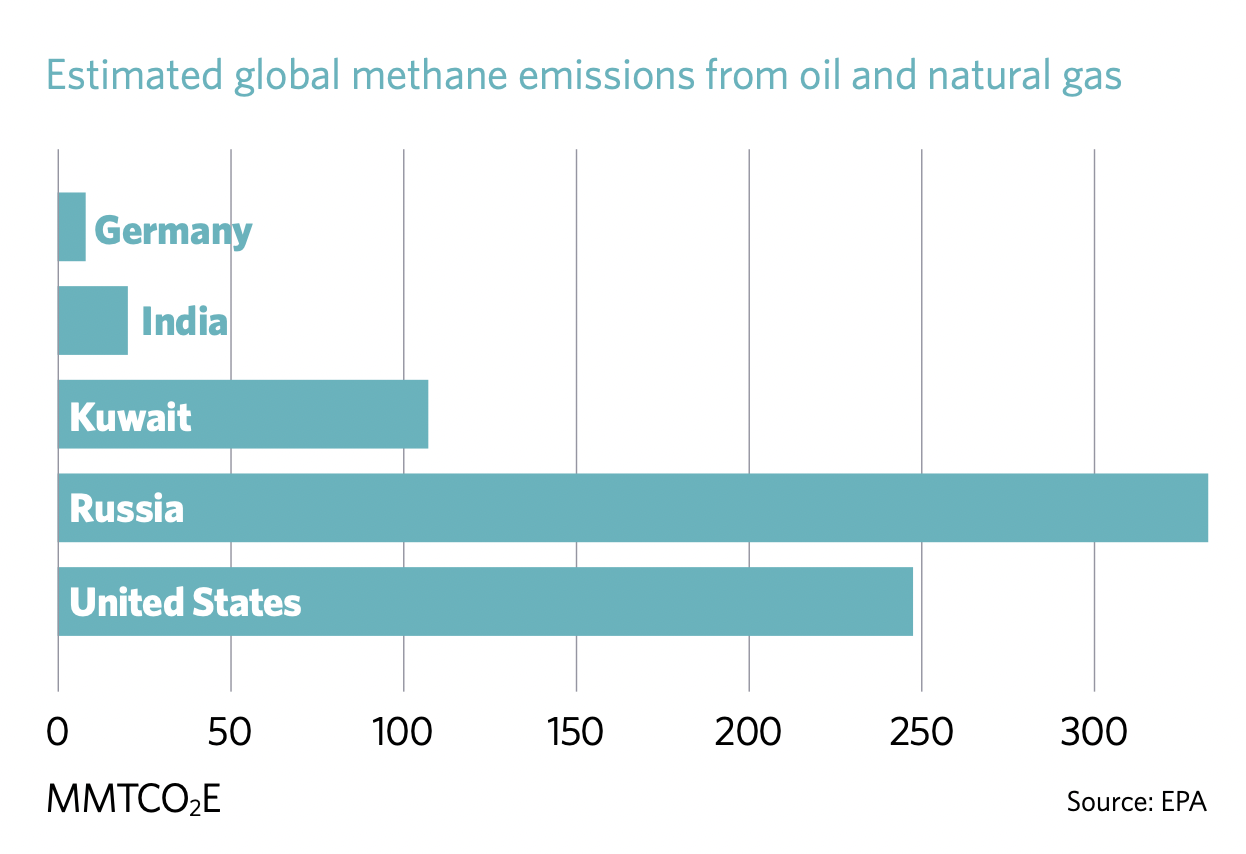