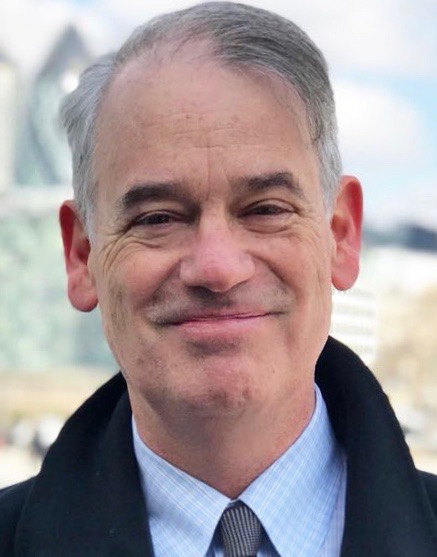 Sean Kidney is the CEO of the Climate Bonds Initiative (CB), an international NGO working to mobilize global capital to finance climate solutions. Projects include a green bond definitions and certification scheme with $34 trillion of assets represented on its Board and some 50 organisations involved in its development and governance; advising the EU; and working with China's central bank on how to grow green bonds in China.

Working with Climate Bond Partners in the investment and banking community in 30 countries around the world, CBI aims to reduce market friction and improve risk differentiation for green investments. That includes advocacy around standards; issuer support for bond market development; and policy interventions that promote green finance solutions. Partners include major investors such as BlackRock, SSGA, PIMCO, Allianz GI and PGGM; major banks such as HSBC, Standard Chartered, Citi, Barclays, BNP Paribas and RBC; and Government Ministries in Switzerland and France.

-       A green bond definitions and certification scheme with $34 trillion of assets represented on its Board and some 200 organizations involved in its development and governance. The Board includes the Treasurer of California, Bill Lockyer; the US Investor Network on Climate Risk; the EU Institutional Investor Group on Climate Change; CalSTRS, the USA’s second largest pension fund; Australia’s Investor Group on Climate Change; the Natural Resources Defense Council; and the International Cooperative Mutual Insurers Federation;

-       Working with China’s central bank on how to grow green bonds in China;

Sean is a member of the:

-       The Advisory Network to the High Level Panel for a Sustainable Ocean Economy, which aims to accelerate progress towards a healthy ocean

He has previously been a:

-       consultant on green bonds to the United Nations Secretary General

-       a member of the EU Technical Expert Group on Sustainable Finance

-       member of the EU High-Level Expert Group on Sustainable Finance

-       a member of the Commonwealth Secretariat’s Expert Committee on Climate Finance.

In 2016 he was named Environmental Finance magazine’s “Personality of the Year” and for the past three years he has been voted GlobalCapital magazine’s “Most Influential Champion” of the sustainable finance market.

A regular speaker on climate change and finance, Sean has over the past year spoken at conferences and seminars on six continents.

Sean is an Irish national. He has four daughters and lives in London with his partner.

Examples of past speaking engagements:

>>> Request Sean to speak at your conference <<<