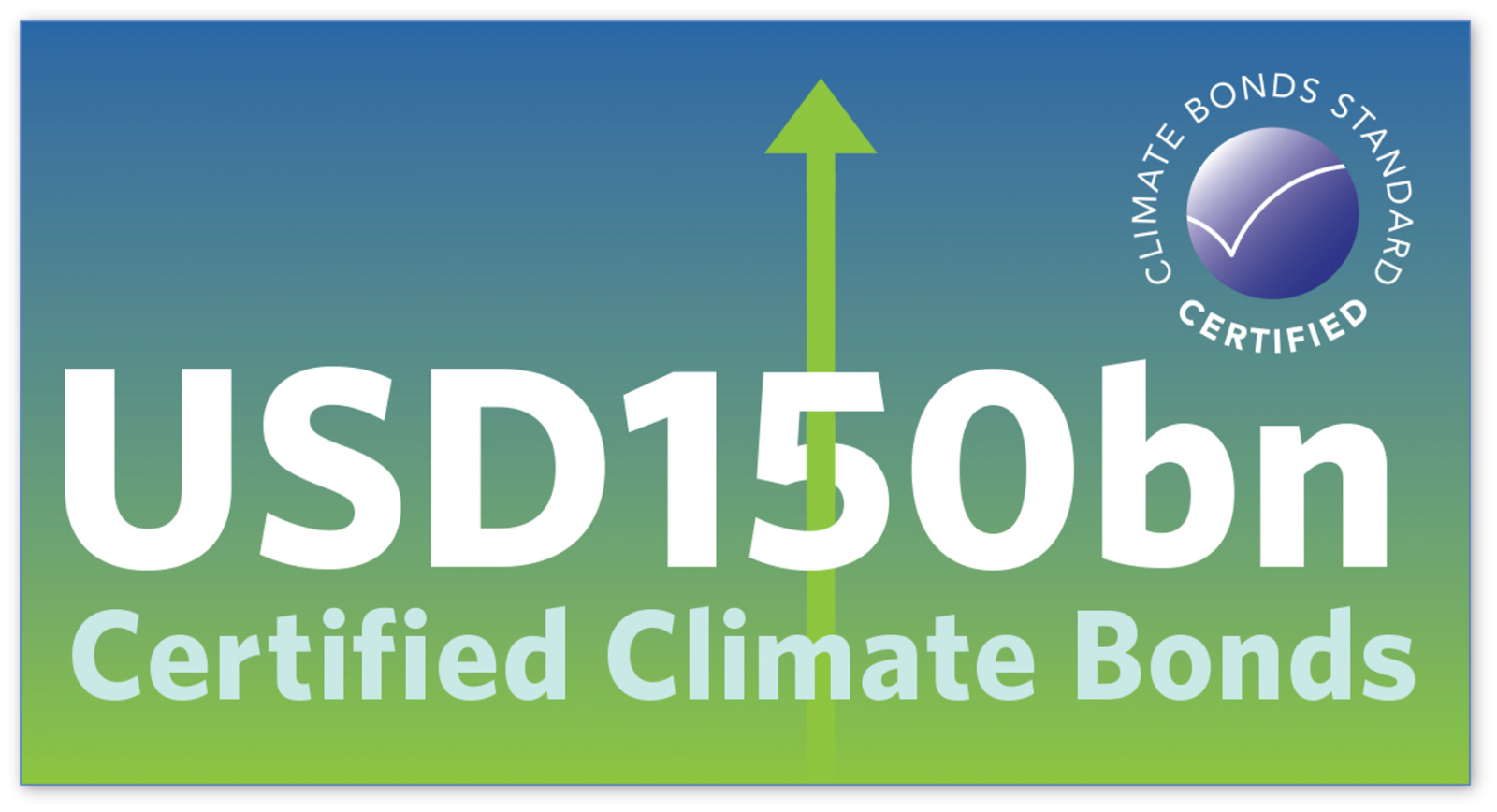 Cumulative issuance under the Climate Bonds Standard passed USD150bn in October, establishing a new milestone for the international quality benchmark for green investment. Certified green bonds and loans have now been issued by over 160 organisations from 36 nations, influencing green market directions towards best practice in both developed and emerging economies since 2014.  The initial milestone of $100bn in Certifications was reached in December 2019.

At the end October 2020, the yearly global green bond & loans market has reached $194.6bn, with $46.4bn (24%) of that issuance Certified under the Climate Bonds Standard - a 9% increase on the equivalent period in 2019. Prominent Certifications in 2020 include sovereign green bonds issued by Chile and the Netherlands, major Chinese banks, auto manufacturer Volkswagen and Japanese fast train network operator JRTT. French rail operator Societe du Grand Paris (SGP) is the single largest Certifier for the year to date with $10,6bn.

28 organisations have adopted the streamlined Programmatic Certification process for multiple green issuers with some of the world’s largest transport operators, banks and utilities prominent.

“The Climate Bond Standard is the benchmark for quality in green finance markets. It's based on a rigorous approach to green definitions development, drawing on the work of recognised experts around the world; and it's focused on the Paris Agreement's 1.5C goal.  This latest milestone is a tribute to the markets desire for rigour and quality and the many green issuers, both big and small who’ve adopted Certification."

“The Climate Bond Standard will be expanding in 2021. You’ll see the addition of new criteria for resilience investments and, above all, transition finance. And you'll see it become a 'universal adapter' for rules and regulations in different markets and regions.” 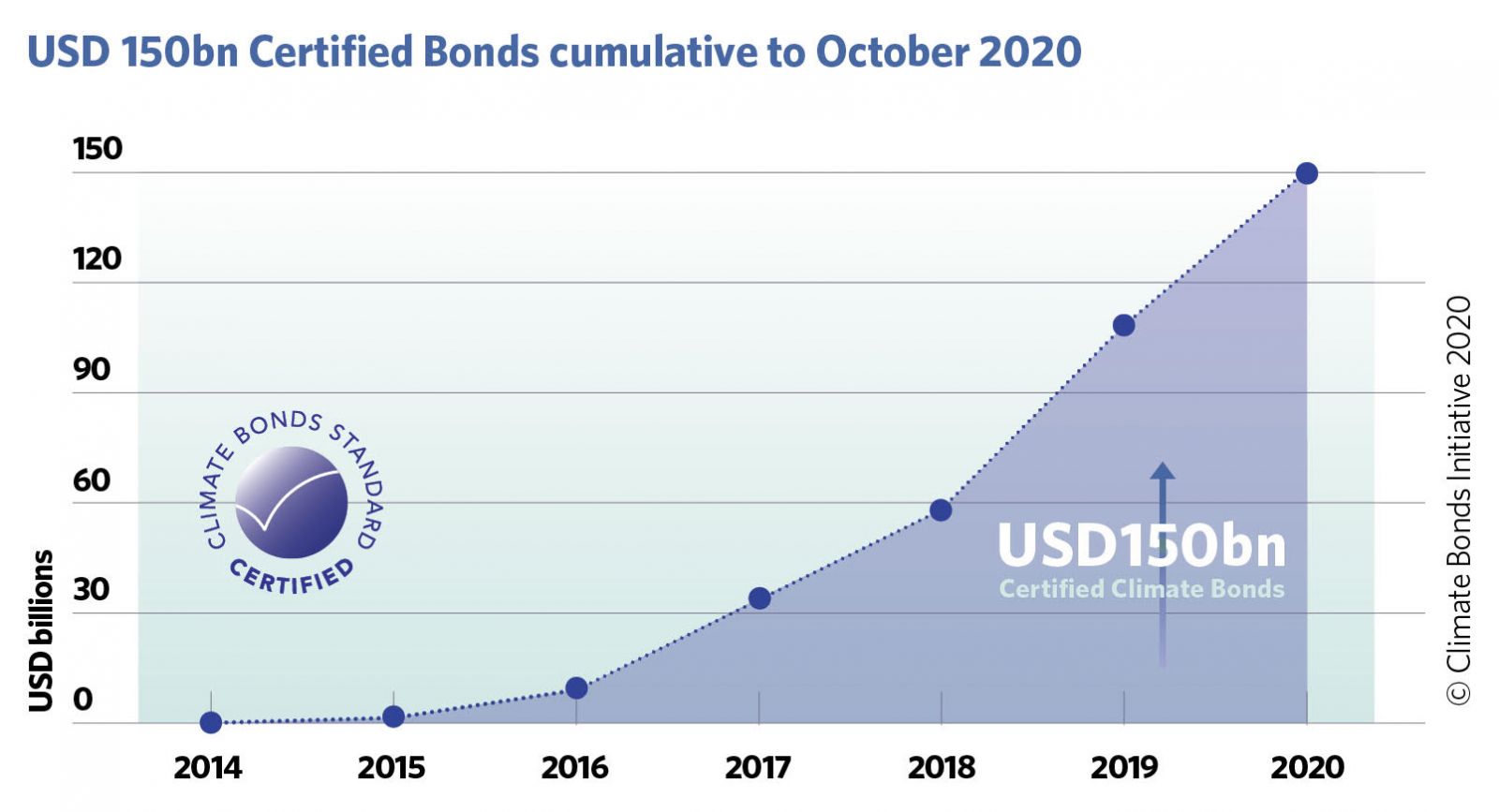 Between 2014 to 2019 the average annual growth rate of Climate Bond Standard issuance was 288% - a steady rise. The first Certification in 2014 was for the Willersley Solar Farm, a UK based solar project.

Sector Criteria - Use of Proceeds 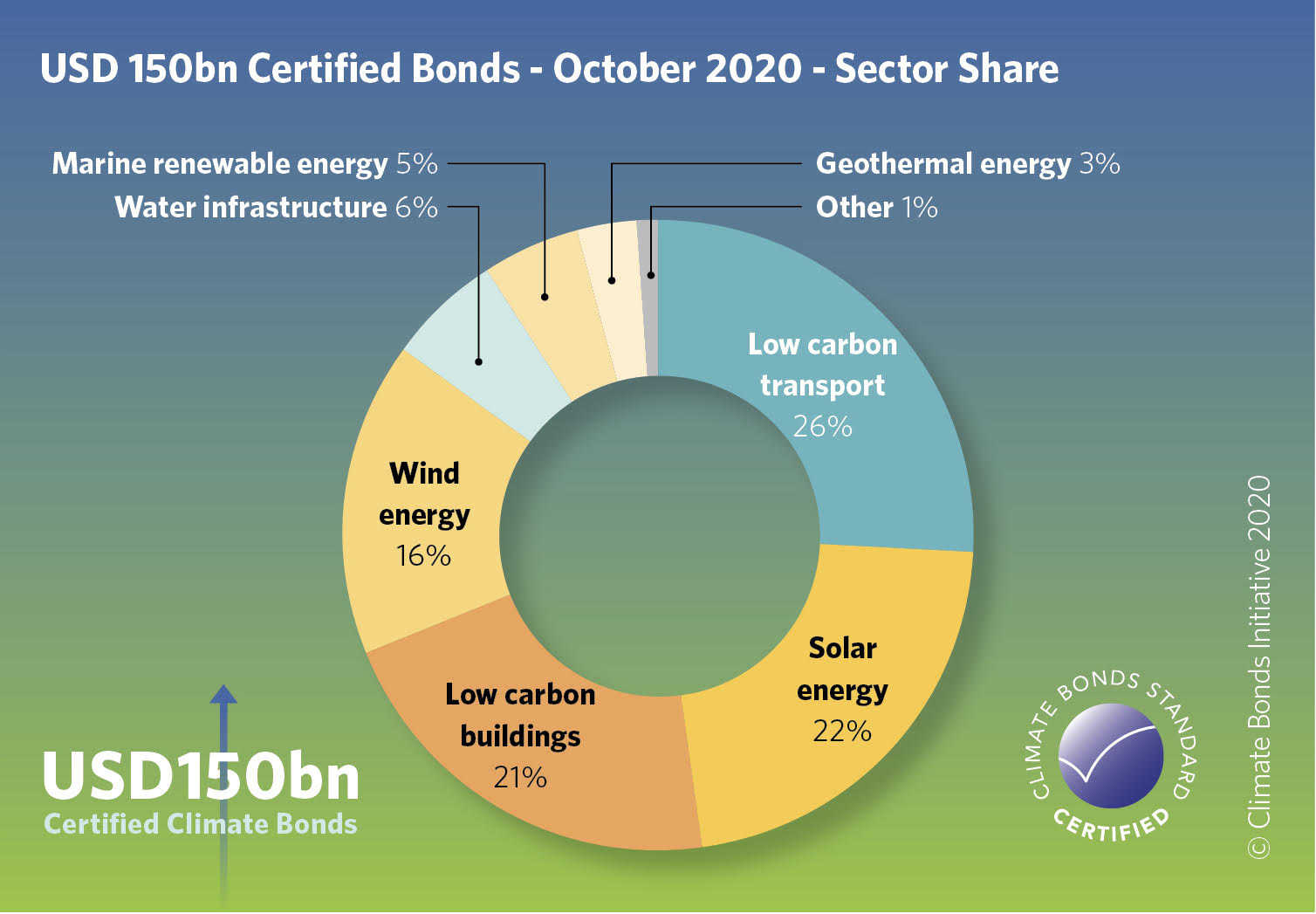 As of October, French based issuers were the largest originators of Certifications by volume (19%), followed by those located in the United States (15%), Netherlands (14%), China (9%), and Australia (8%).  New Zealand, Norway, Chile, India, and Japan make up the remainder of the top 10 with a collective (23%).

The reach of the Climate Bonds Standard is expanding. The first Certification under the new Waste Management Criteria has emerged from Japan, we’ve just launched our Shipping Criteria to support decarbonisation of maritime transport and there’s more to come in Low Carbon Transport and Water Criteria. All of our work has the objective of increasing the use of science-based assessments in climate finance and green investment.

Some of our focus in 2021 will also shift to transition finance,  the next big area of challenge in decarbonising heavy emitting sectors and supporting new technology and enablers.

The USD150bn is an interim marker in our efforts since 2014 to establish best practice in green investment markets. The coming development work lies in creating broadly similar standards and then scale in transition-based investment.

With thanks to all the issuers, underwriters, verifiers, and advisors who have pioneered international best practice since 2014.