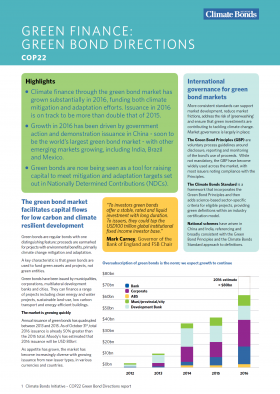 This paper was released by the Climate Bonds Initiative in November 2016 ahead of the COP22. The paper outlines growing awareness green bonds as NDC financing tools.