2015 Year End Review - From tall trees to many green shoots: the evolution of the green bond market continues with 2015 seeing $41.8bn green bonds issued – that’s the biggest ever!

Another successful year for the green bond market with 2015 issuance hitting $41.8bn making it the biggest year ever for green bonds. 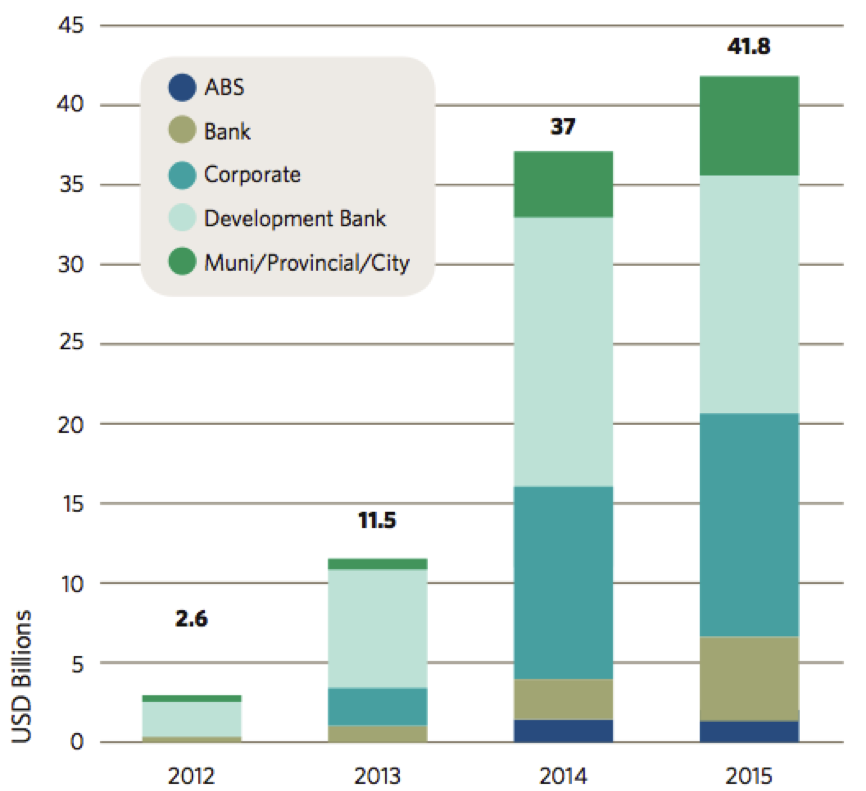 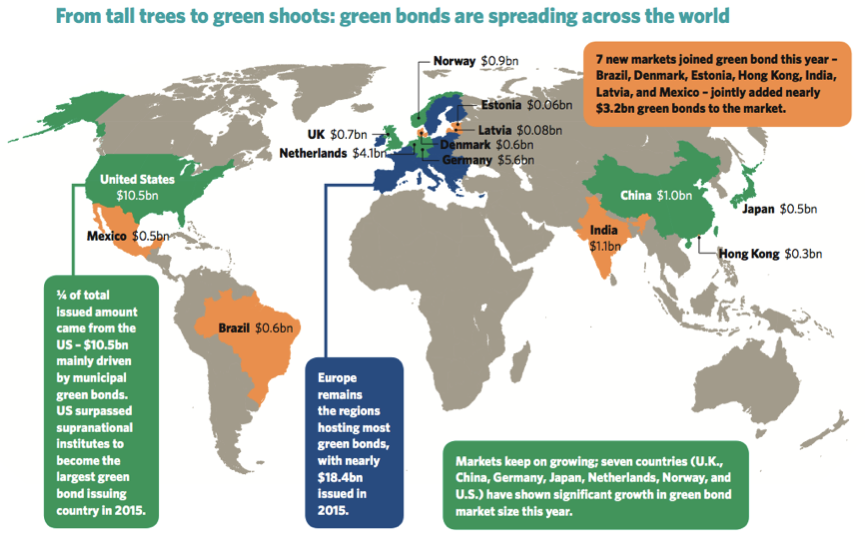 Green bond market momentum continues to build after a successful COP in Paris.

Now we did push hard in 2015 to get $100bn issuance of green bonds out over the year; although the market has not yet hit our ambitious target, there is no doubt that green “shoots” of green bond markets are spreading far and wide. This was ever present at the Paris COP in December 2015 where green bonds were highlighted as a key tool in many of the Climate Finance side-events.

Check out our COP blog for more details.

2015 saw a wider range of issuers and types of green projects or assets. 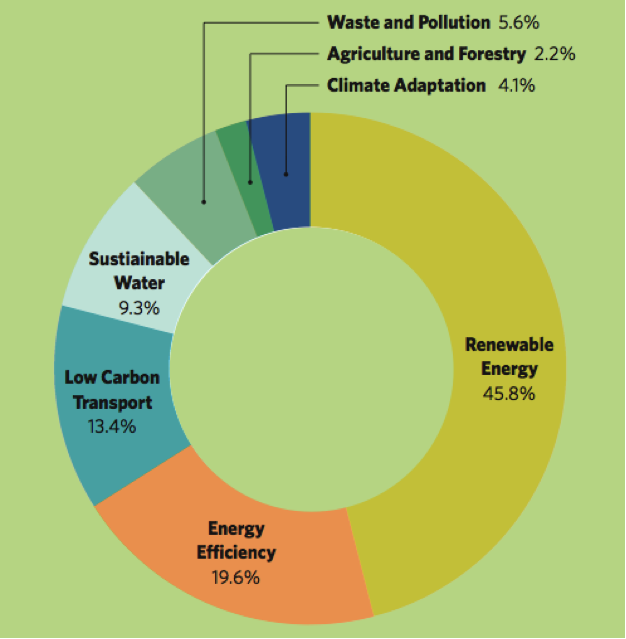 Similar to 2014, the entry of more corporates, banks, and municipalities into the green bond market bolstered growth in 2015.  There was also a widening of the type of projects financed by green bonds with more proceeds leveraged for other green sectors outside of the renewable energy space, in particular low carbon transport and sustainable water.

Greater disclosure on green project selection, proceeds management and environmental impacts shows increased transparency in green bonds. The US green bond market has been relatively slow to adopt the independent review model prevalent in other green bond markets (with the exception of DC Water, which got a Vigeo second review). Instead US issuers tend to use proxies such a green building certification to identify green projects, for example leveraging LEED to identify low carbon buildings.

A growing number of green bonds are aligned with or certified against the Climate Bond Standard. Certified green bonds have been issued by Mexico’s Nacional Financiera ($500m, BBB, 5 yrs); ABN AMRO (€500m, A, 5 yrs); ANZ (AUD600m, AA-, 5 yrs) and NAB ($300m, AA-, 7 yrs); and a number of smaller retail bonds from BELECTRIC in the UK. Certification provides assurance that proceeds are used for assets aligned with a low carbon and climate resilient economy.

Growing investor demand, particularly by institutional investors and corporate treasuries, continues to result in over subscriptions as well as pledges to invest billions more capital into green bonds.

2015 commitments to invest in green bonds include: EUR 1bn by ACTIAM, EUR 1bn by Deutsche Bank, $1bn by HSBC, £2bn by Barclays, $2bn by Zurich Insurance and EUR 1bn by KfW

In December 2015, at the Paris COP, asset owners, investment managers and individual funds managing $11.2trn of assets signed a statement in support of the green bond market.

The rising tide of reporting on green bonds 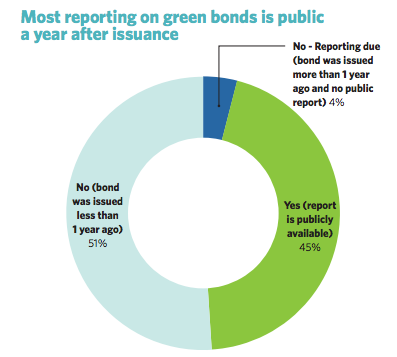 Reporting is key to validating the green credentials of the bonds. Investors need to know what their green bond holdings are financing. The Climate Bonds Initiative will dive further into reporting on trends and market states in 2016.

There has been increasing interests and efforts in green bond reporting

We have seen higher quality reporting (e.g. EIB Climate Awareness Bonds broke down proceeds allocation by bonds and projects). There have also been strong trends in establishing outcome KPIs, disclosing reporting framework, and committing to third-party assurance on reporting.

Half of outstanding green bonds were issued more than a year ago therefore should have reported. The majority of them have disclosed their annual reports. Over 90% of the reports disclosed proceeds allocation and climate impacts of projects or assets financed.

Growing awareness in the market

In addition to the update of the Green Bond Principles wording on reporting, several development banks jointly drafted a framework on Green Bond impact reporting harmonization.

Looking towards 2016, we anticipate that the green bond market will diversify in financial products, with potentially the first sovereign green bond and green sukuk in the pipeline. Certified bonds are also expected to grow in the coming year, along with more forestry bonds.

Consider yourself a green bonds expert? Take our end of year quiz to prove it! Here is the link: