ASEAN now has 39 green bonds/loans/sukuk issuers cumulatively, with 20 issuers issuing 32 green debt instruments in 2019, up from 15 and 16 in 2018, respectively. Financial corporates have become the largest issuer type of green bonds in ASEAN, representing 29% of the total, overtaking non-financial corporates with 27% and sovereign issuers with 15%. Green loans also feature strongly in Southeast Asia, with USD2.9bn issued, representing 21% of the total, largely related to Singapore’s real estate sector.

ASEAN issuers continue to favour USD denomination for their green bond issuance but, with 41% issued in the local ASEAN currencies, the regional markets offer attractive investment opportunities for domestic investors and foreign funds looking to invest in local currencies.

Green buildings topped Use of Proceeds (UoP) at 34%, followed by renewable energy at 33%, transport 12%, water 8%, waste 5%, with Land Use & minor sectors comprising the remainder.

Standards such as the ASEAN Green Bond Standards and the Climate Bonds Standard require an independent review that the UoP is green. Different types of external review include Second Party Opinions (SPO), Verification, Certification and Green, Social and Sustainability Bond Rating. SPOs were the most common type of review in ASEAN, representing 63% both in 2019 and cumulatively.

Certification under the Climate Bonds Standard – requiring the highest governance levels - was obtained by three issuers in 2019, an increase from 2018, representing USD1.6bn in total amount issued: AC Energy in the Philippines (against the Solar, Wind and Geothermal Criteria) and from Thailand, BTS Group (Low Carbon Transport Criteria) and Energy Absolute (Wind Criteria).

Notably, during the year, Southeast Asia saw a number of significant transactions:

Along with the national authorities of ASEAN+3 (ASEAN plus China, Japan, and South Korea), the Asian Development Bank (ADB) introduced the technical assistance (TA) programme in March 2020 to create the necessary ecosystems for green local currency bonds for infrastructure development in ASEAN+3.

Sean Kidney, Chief Executive Officer, Climate Bonds Initiative:  "This is Asia's century, without a doubt. And it's looking like it will be a green bonds century. Citizens know this has to be a green era - from Jakarta to Delhi to Beijing. Some governments are now acting, in Europe, China and Singapore. These policy shifts will have an impact. Regional governments, companies and banks have to get ahead of that wave of change.

"In the meantime, we have to prepare for the shocks that we know will become the new normal. Climate change will flood cities and deltas. Typhoons will be more intense as will droughts & fires. Pandemics will emerge, partly as a result of degrading ecosystems.

“That means heightened investment in adaptation and resilience: health systems, social protection, along with coastal protection and water management. All fundable with bonds in the fastest growing asset class on the planet: green bonds.

Jonathan Drew, Managing Director, Sustainable Finance, HSBC Asia Pacific: “It’s heartening to see that green instruments are on the rise in Southeast Asia as it demonstrates that the region is responding to issues linked to environmental degradation. However, the findings also reveal the disparity between nations and the enormous amount of work still to be done. There is no doubt that our exposure to sustainability issues and climate change has the potential to inflict even greater disruption on societies than that which they have to date.

“Action now, to re-start economies on a lower carbon pathway, is the key to avoiding a climate crisis and the associated costs of crisis response and bring about the huge benefits of a better quality and more resilient future of opportunities. Cooperation between governments, institutions and corporates across Southeast Asia can deliver this and finance has shown it has a critical role to play.”

About Certification: The Climate Bonds Standard and Certification Scheme is a labelling scheme for bonds, loans & other debt instruments. Rigorous scientific criteria ensure that it is consistent with the goals of the Paris Climate Agreement to limit warming to under 2 degrees. The Scheme is used globally by bond issuers, governments, investors and the financial markets to prioritise investments which genuinely contribute to addressing climate change

HSBC Holdings plc, the parent company of the HSBC Group, is headquartered in London. HSBC serves customers worldwide from offices in 64 countries and territories in our geographical regions: Europe, Asia, North America, Latin America, and Middle East and North Africa. With assets of US$2,715bn at 31 December 2019, HSBC is one of the world’s largest banking and financial services organisations.

The Hongkong and Shanghai Banking Corporation Limited is the founding member of the HSBC Group. HSBC serves customers worldwide from offices in 64 countries and territories in our geographical regions: Europe, Asia, North America, Latin America, and Middle East and North Africa. With assets of US$2,715bn at 31 December 2019, HSBC is one of the world’s largest banking and financial services organisations. 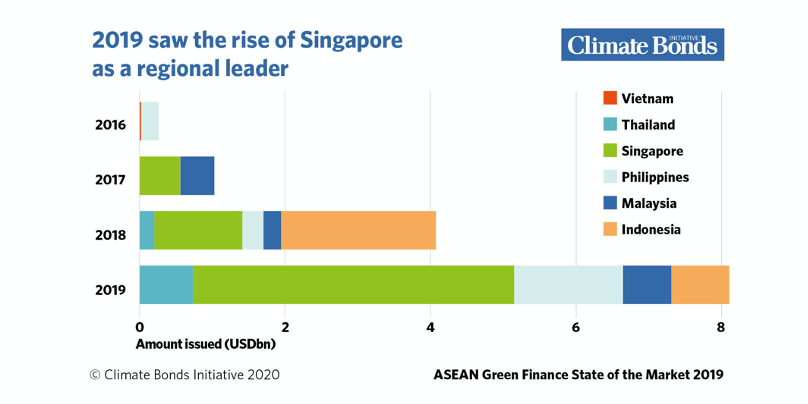 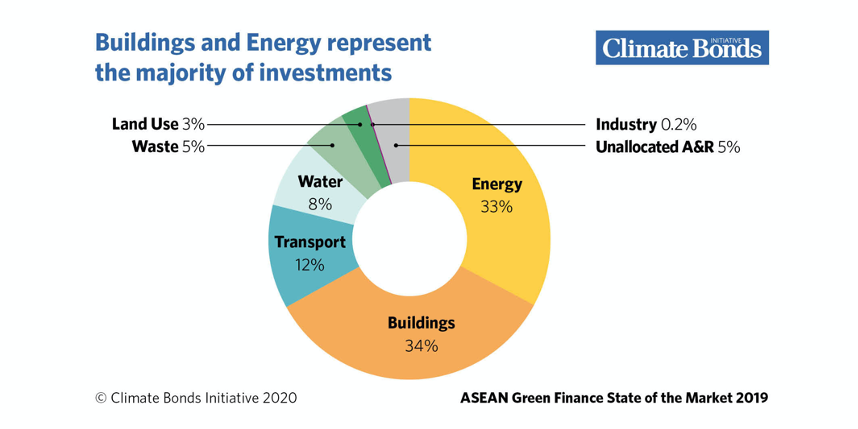 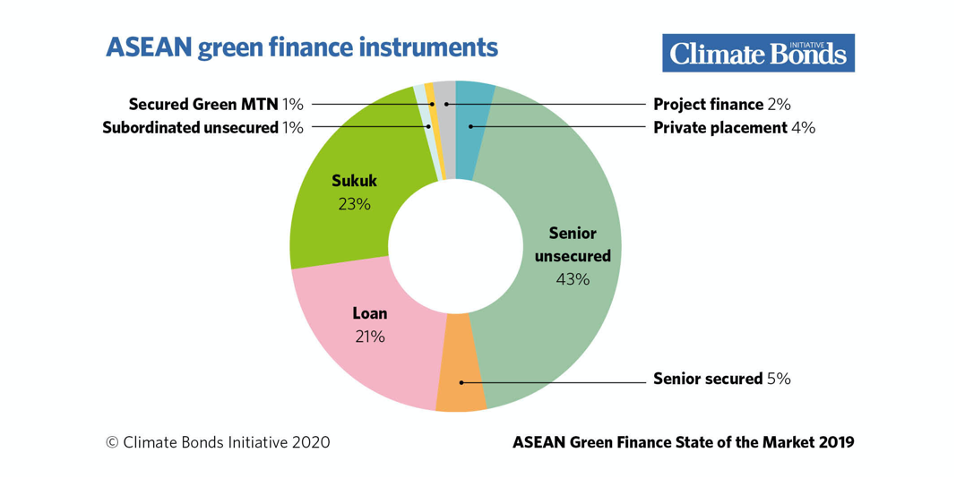 Disclosure: The original Media Release listed a total 2019 green debt figure for ASEAN of USD7.8bn. This has subsequently been adjusted to USD8.1bn. All other figures are as  previously posted. Apologies for any confusion that may have been caused.

Certification under the Climate Bond Standard only reflects the climate attributes of the use of proceeds of a designated debt instrument. It does not reflect the credit worthiness of the designated debt instrument, nor its compliance with national or international laws.
A decision to invest in anything is solely yours. The Climate Bonds Initiative accepts no liability of any kind, for any investment an individual or organisation makes, nor for any investment made by third parties on behalf of an individual or organisation, based in whole or in part on any information contained within this, or any other Climate Bonds Initiative public communication.