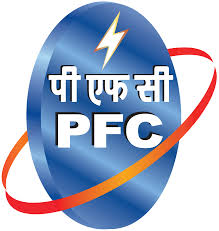 Power Finance Corporation is an Infrastructure Finance Company, which is under the control of India’s Ministry of Power. Its function is to finance energy developments and infrastructure in India.

Power Finance Corporation (PFC) is commited to promoting renewable energy projects in view of their critical importance for the development of the economy of India. Also, because of broader environmental considerations and of the country's energy security policy, the Government of India has decided to meet future power requirements mainly from renewable energy.

In this context, PFC issued an initial bond of the value of USD 400 million to finance renewable energy (solar and wind) projects exclusively. More specifically, the proceeds will be allocated to the re-fianancing of exisitng projects as we ll as the financing new eligible green projects. The proceeds from this bond would refinance lending that helped to develop over 2GW of solar and 1.4GW of wind energy projects.

Corporation Ltd. (IRFC) is the dedicated financing arm of the Indian Railway under

the Ministry of Railways (MoR), Government of India and mobilizes funds on behalf on Indian Railways

from domestic as well as overseas capital markets. The funds are utilize

d to support the procurement of

new rolling stock assets, which are locomotives, passenger coaches and wagons and also building up

The Company has been able to

The Indian Railways have a huge role to play in comb

ating climate change wherein it aims to enhance the