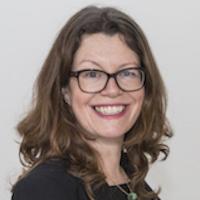 Caroline is a London-based research analyst with 25 years of experience in the financial services industry.  At Climate Bonds Initiative, Caroline has developed, produced, and written an ongoing research series, ‘Green Bond Pricing in the Primary Market’.  The report series examines the behavior of green bonds in the primary and immediate secondary market to determine whether investors attach a value to the green label.  This work began in 2017, with an introductory publication covering qualifying green bonds issued in 2016 and H1 2017 and was published quarterly until the end of 2017. Since 2018, it has been a semi-annual report, with each one covering bonds issued in the preceding half year. The work included the development of the concept of a ‘greenium’ which is now a broadly used term to describe a green bond receiving a new issue discount.  The reports have been widely referenced in academic work, and the content is frequently cited in the press. Caroline also leads research on various stakeholder groups, beginning with the Green Bond European Investor Survey (November 2019), the Green Bond Treasurer Survey (April 2020), and Sovereign green bond issuers.