Climate & COVID Recovery – The Intertwined challenge before policy makers in 2021 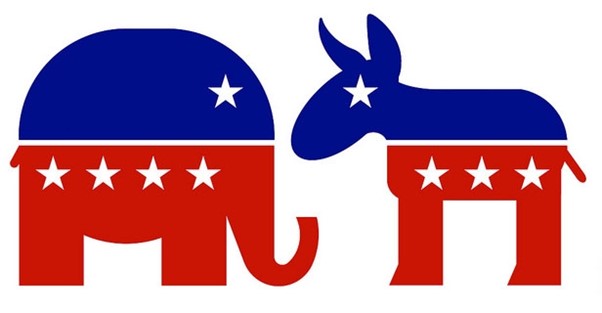 Whilst governments’ focus in 2020 has rightly been on COVID19, the year also saw a significant ramping up on the fight against climate change, hitting the $1Trillion milestone in cumulative green bond investment early this December. But the most welcome elephant in the room, (or perhaps goodbye GOP elephant, welcome Dem donkey) is the upcoming Biden presidency.

Most nations are eager for the President-elect to enact his policy to rejoin the Paris Accord and achieve net-zero by 2050. Certainly, the leadership team being assembled, subject to confirmation by the US Senate, is starkly different from his predecessor’s. John Kerry, the former top diplomat who held the US pen in Paris, will lead America’s international re-engagement on climate.

Some of the other key portfolios are going to younger talent: Michael Regan as EPA (Environmental Protection Agency) administrator will draw on regulatory expertise gleaned from his previous roles in state government to repair morale and reverse the deregulatory blitz of the past four years.

The EPA's role becomes particularly important if the Senate remains under a Republican majority after the Georgia runoff election and rule changes via the EPA, rather than new legislation, becomes the main avenue for climate action available to the new administration. Former Michigan governor, Jennifer Granholm for Energy, and Pete Buttigieg at Transport are charged with steering power generation, the automobile industry, and federal transport infrastructure for the coming post-carbon, post-petrol, age.

Another promising change sees the US Fed announce that it will be joining the Network for Greening the Financial System (NGFS). The shift came just days after the election result was called for the Democrats, which means we will see US banks engaging with the NGFS’s agenda of greater climate-risk disclosure, though the Fed will probably not green its massive purchases of corporate bonds any time soon.

There is fierce opposition from the Republican Party– 47 law-makers wrote to the Fed asking them not to run stress tests of climate risks, or do anything to harm the interests of fossil fuel companies.

There has been a lot of action in other countries too. To date, seventeen sovereigns have issued green bonds or loans – six of them debuting this year. The most recent include the Thai THB10bn bond to finance Bangkok's mass rapid transit system, Certified under the Climate Bond Standard, issued in August and tapped in November this year. Next year’s issuers can learn a thing or two from the issuances so far.

The recent German issuance took the form of a non-fungible green tranche to its sovereign bond issuance and demonstrated a 1 bp greenium and huge investor interest. Among sovereign green bonds, France, the Netherlands and Chile 2050 exhibited a similar greenium.

Germany and Poland have issued sovereign green bonds with different maturities providing the basis for a green yield curve. The Netherland's EUR8.8bn issuance, initially brought to market in 2019, was notable for both its relative size, and Certification under the Climate Bonds Standard.

COVID prompted the biggest labelled bond issued to date. The EU’s EUR17bn debut SURE social bond issuance was thirteen times oversubscribed with a demand of EUR233bn for the 10-year and 20-year tranches. It demonstrates that a huge size does not dampen investors’ appetite for good quality paper. Almost two-thirds of the proceeds were allocated to ESG investors. This bond issued and guaranteed by the EU, rather than its member states, allows the EU to provide loans to member states to help them protect jobs and make work-places safe.

The UK, co-chair of the forthcoming COP26, issued an array of new measures on the 9th of November. Chancellor Rishi Sunak made clear the ambition for the UK to become a green finance hub and set out a string of policy measures around sustainable investment and green finance. He also announced the UK’s debut sovereign green bond and three other welcome developments.

The UK will become the first country in the world to make Task Force on Climate-related Financial Disclosures (TCFD) disclosure recommendations fully mandatory across the economy by 2025. This is significant because the only way banks, insurers and asset managers will get a complete and comparable picture of their exposure to climate risks, is if their counterparties also implement TCFD.

Secondly, HM Treasury announced the post-Brexit UK would develop its own taxonomy but would retain the EU’s scientific metrics (thresholds) once the newly minted UK Green Technical Advisory Group had ensured they were right for the UK market. It is vital to keep to the spirit of the EU taxonomy and keep any local adjustments to a minimum.

Lastly, the UK would join the existing 14 members of the International Platform for Sustainable Finance (IPSF) which is an important coalition of countries - including big hitters like China, India and the EU - that are trying to mobilise private capital for sustainability.

The real test for next year will be the extent to which governments can integrate the COVID agenda with mitigating climate-risks. Bailing out an ailing fossil-fuel giant to provide it with a few years reprieve before climate-change inevitably brings it down, serves no purpose.

This will be an important theme of Climate Bonds advocacy during the next year. We’re also looking forward to more sovereign green bond issuance – we have our eyes on 14 possible candidate nations.