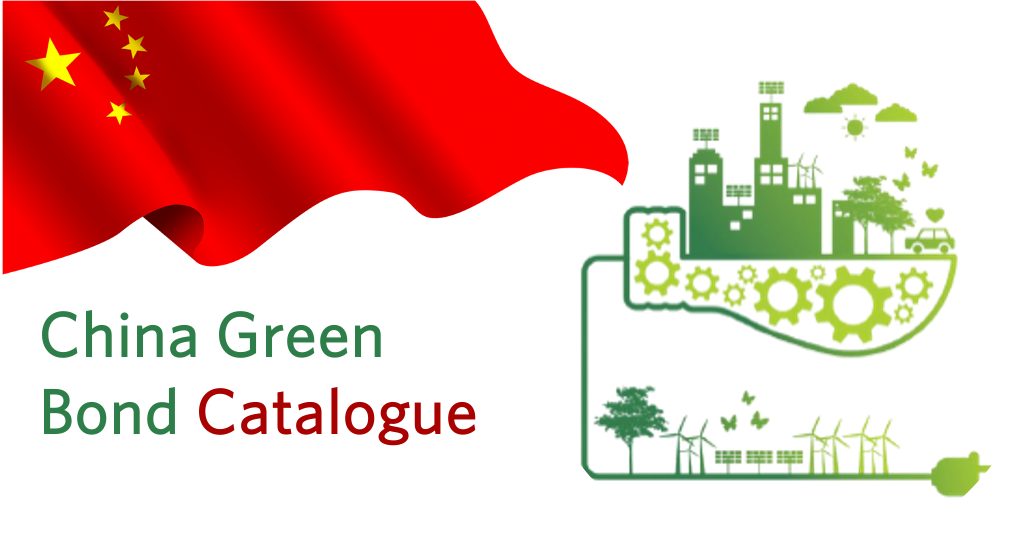 The Catalogue has been published for public consultation – an unofficial English translation of the Catalogue can be found on our Website.

China's green bonds market is now the world's largest. Climate Bonds has been working in China for seven years to support its development since our early How to Grow Green Bonds in China report of February 2014.

Domestic green bond issuance in China is highly regulated. The allocation of proceeds from green bond issuance has to be in line with official green project catalogues. Bond-issuing has multiple regulators, depending on where the bond is traded or the type of issuer.

When the PBoC first issued green bond regulations in December 2015 (See PBoC Takes Post COP21 Step on Green Bonds), followed by the NRDC in January 2016, (See Roadmap for China: Green bond guidelines for next stage of market growth) they each had separate approaches. For example, state-owned enterprises were governed by a slightly different taxonomy to banks and corporates. Both catalogues included investments in “ultra-super-critical” coal-fired power. The CSRC Guidelines were issued in March 2017 (See China issues special green bonds guidelines for listed companies).

China has been promoting a shift to a clean and green economy for many years now, a necessary reaction to the severe air, water and land pollution generated by the helter-skelter industrial development of the 1980s and ‘90s (similar to what the US and Europe experienced over longer time spans in earlier eras).

While addressing climate change has been a feature of national policy for the past 10 years, the domestic focus with domestic green finance has been on cleaning up pollution, starting with air pollution.

Ultra-super-critical coal power dramatically reduces particle pollution (i.e. air pollution) in places like Beijing, hence the inclusion of super-critical coal. But it only reduces CO2 emissions by around 25% compared to older coal-fired power plants. However, global climate goals depend on much steeper reduction of emissions than that (25%).

The updated catalogue not only excludes coal, and there's no mention of production or utilisation of natural gas. It also adds hydrogen, sustainable agriculture, green consumer finance and a host of other useful sectors like green services and manufacturing.

For the past few years, we've been suggesting changes to exclude coal. These have been considered for some time, but resolution has been delayed as different Ministries have debated the point.

The fact that the green bond catalogue was jointly announced by all three major regulators - PBOC, CSRC and NDRC – was a welcome surprise. The announcement also said that all green bonds, regardless of types of issuing entities, will be using the new catalogue, a long-awaited consolidation of the disparate taxonomies.

The flow-on effect of this announcement is likely to be further pressure on banks and state-owned companies to stop financing coal-fired power plants overseas and encourage investment in green.

Note that Climate Bonds keeps track of the credentials of all Chinese green bonds (and has done so since the beginning of the market), listing those that meet international definitions. With the updated Green Bond Project Catalogue, we expect to see more Chinese green bonds to be included in our database.

The removal of fossil fuels brings China into closer alignment with international practice, such as the new EU Taxonomy, improving the prospect of taxonomy harmonisation between the two economies. It’s a ‘fantastic development,’ Sean Kidney told Environmental Finance, that will make it "easier for international investors to participate in the growing Chinese green bond market. The consolidation of domestic green bond taxonomies has been an important reform goal for regulators for some time.”

The new Catalogue would also save investors "search" costs and improves the attractiveness of Chinese green bonds for offshore investors.

The potential to increase off-shore investment in the domestic market was noted by our Beijing-based program manager, Wenhong Xie, in comments to Bloomberg. “In the past, a sizable portion of green bonds from China were considered un-investable due to a small fraction of coal assets in an otherwise green bond.”

The close of the consultation period for the updated catalogue was initially set for today, but has been extended - details in coming days.

We have published an unofficial translation of the Catalogue, to assist stakeholders' participation in the consultation process and in the coming weeks, will publish our thoughts on responses to the consultation.

The positive international response to this announcement is warranted and its impact will be far-reaching.
Watch for our in-depth analysis of the China market in a major new Climate Bonds report coming soon.