A closer look at CBAM: Implications should the EU carry through on long-mooted move to level up the low carbon playing field 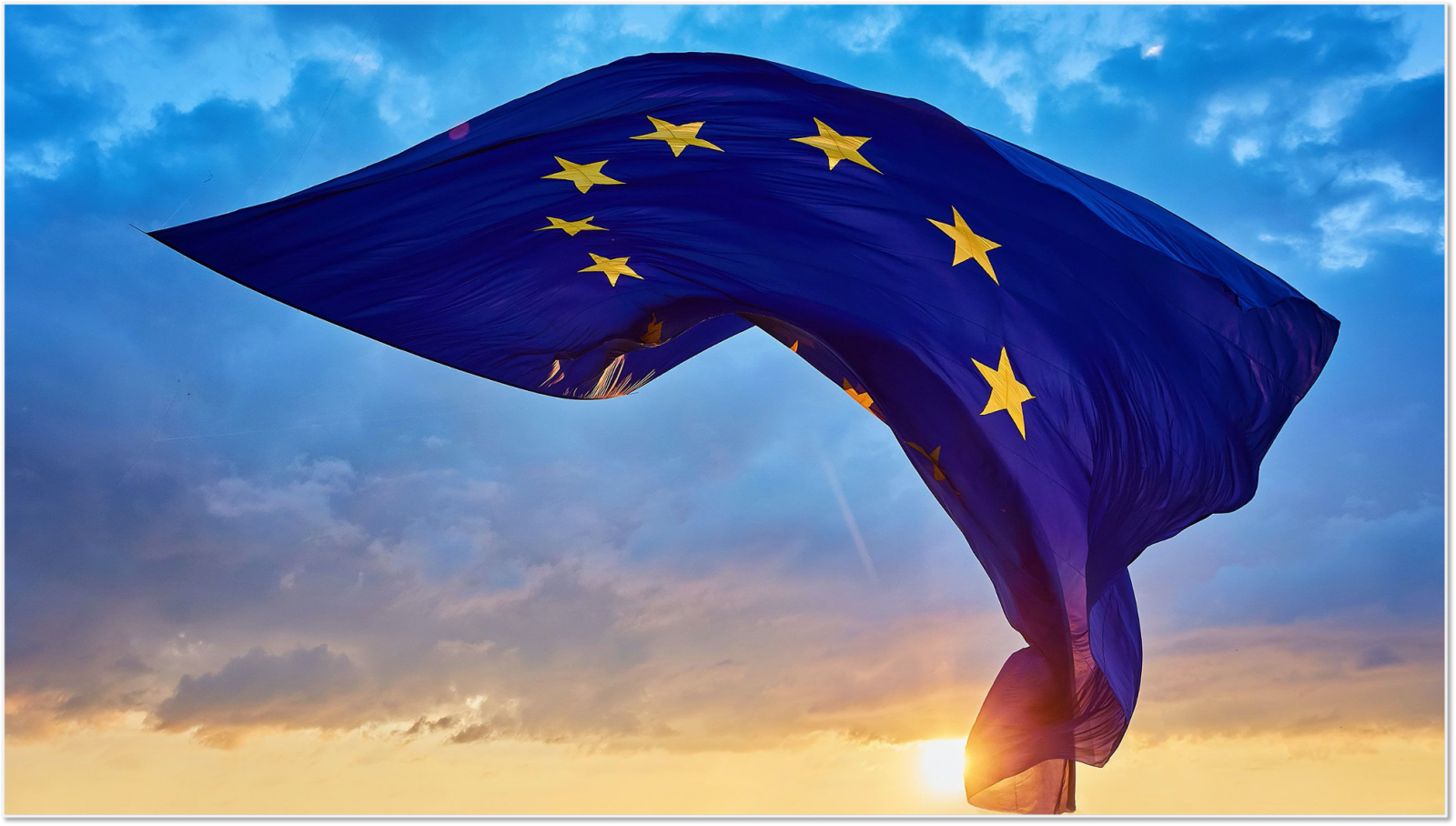 The world is “way off track” in dealing with the climate emergency and time is fast running out. To help raise global ambition, the European Union (EU) has a €1tn (£852bn) European Green Deal that aims to make the entire 27-nation bloc[i] carbon neutral by 2050. As part of this, the European Commission (EC) announced a Carbon Border Adjustment Mechanism (CBAM) for selected sectors to be introduced by 2021.

While an important step, until now the concept of a CBAM has been considered cumbersome and controversial. Application must be handled with care. If the measures prove to be protectionist in disguise, the CBAM could inflame a climate trade war, undermining global decarbonisation efforts.

For the EC, the CBAM would be a levy[iii] on imported goods from countries with weaker climate policies.

An idea that is conceptually attractive. Beyond preventing “carbon leakage” – when climate action in one country pushes polluting activities elsewhere to avoid strict regulation – it would help domestic industries keep competitive against their foreign competitors.

The proposal could inspire the EU to join forces with like-minded nations to create “climate clubs”. A fanciful thought but, if large enough, may motivate laggards into faster emissions cuts.

In summary, imports that fail to meet certain environmental standards will be hit with a tariff. Ultimately, the CBAM aspires to build a ‘green’ level playing field.

“Carbon leakage” occurs in relatively few industries. Carbon intensive and trade exposed (CITE) sectors are most at risk, given the high carbon contents of their products.

As such, the CBAM will likely be applied to the following sectors: cement, steel, and aluminium, according to a leaked EC document. Currently, these three sectors account for almost 60 percent of industrial emissions under the EU’s Emissions Trading System (ETS). It may even expand to include shipping and aviation.

Accordingly, foreign companies from the targeted sectors, who wish to sell into the 27-nation bloc, will need to either meet the EU’s environmental standards or be ready to pay the proposed tariff.

In this context, the CBAM sounds like decided trade barriers to push “climate protectionist” behaviour and undermine the multilateral trading system.

However, if designed correctly, the CBAM could  improve climate conditions without endangering the multilateral trading system. Fortunately, there is already useful work that has identified key features that the CBAM could employ to prevent protectionism.

The CBAM – unless designed to help climate and industry – could fuel another trade war – a recent example being China and the US.

During this year’s World Economic Forum’s in Davos, Ursula von der Leyen, President, European Commission, warned China to price carbon or face tax. Chinese steel imports into Europe would most likely be captured by the CBAM. But according to Zhao Yingmin, China’s vice-minister for the environment, Europe’s proposals would seriously harm international efforts to tackle global warming.

Ruslan Edelgeriev, Vladimir Putin’s climate adviser, urged Russia’s biggest companies to speed up their efforts to go green and prepare for life with the border tax. Currently, Russian exporters enjoy a competitive advantage thanks to the country’s low energy prices. A carbon cost would be a serious change, especially when the EU accounted for 45% of its trade turnover in 2019, according to Rosstat[iv].

The US is also expected to retaliate. Wilbur Ross, US Commerce Secretary, cautioned that Ms. Von der Leyen’s environmental plan could be a new irritant in trade relations with Europe but has not specified any retaliatory measures.

The UK is currently part of EU’s ETS but the government plans to exit the carbon market and implement a domestic carbon market by January 1, 2021. In response,

The EU has threatened to apply the CBAM against the UK in order to restore a level playing field. Ensuring that the CBAM is not perceived as another form of protectionism is important.

And aligning with WTO rules

The CBAM must be compatible with World Trade Organisation (WTO) rules. In brief, the CBAM cannot discriminate against any individual trading partner or favour domestically-produced goods over imports. The WTO rules explicitly allow for environmental impacts arising from the production of goods. The first test of how the then newly created WTO would deal with environmental issues came in the 1998 “shrimp-turtle” case[v]. The ruling’s implication was that the CBAM could be levied according to the carbon emissions emitted from producing the good.

So, as long as the CBAM makes a case in the interest of fair trade and environment, it could be WTO rules compliant.

Monitoring and reporting need to be consistent and robust – important factors in implementing carbon prices. Even though, it is relatively easy to measure emissions domestically, it is difficult, near impossible, to measure in third countries[vi]. Given an import tariff needs to be true to emissions, verifications and calculations have to be made too.

Five years ago, a scandal saw a high-profile German automaker guilty of manipulating their emissions data. If European manufacturers can falsify their emissions, how can one guarantee that foreign firms will not do the same?

Going further, in countries where corruption is endemic, would companies disclose the correct carbon emissions emitted? Additional concerns that the EC will need to carefully consider.

The Carbon Border Adjust Mechanism is, seemingly, a politically optimistic approach to green policy. Moreover, there is merit behind trialling the scheme with the highest polluting industries – cement, steel, and aluminium.

However, the announcement of the CBAM is just that – an announcement. Although other options to carbon pricing exist, the likely success of such a mechanism hinges on two elements.

Firstly, establishing an objective methodology on how the border tariff rate will be calculated. This would soften any doubts regarding the CBAM’s viability. European manufacturers pay a carbon price set by EU’s ETS – currently at its lowest level since mid-2018. Foreign imports are excused from paying this, making their products cheaper. The border tariff rate would make imports from outside EU pay a carbon price.

This should signal to other countries wanting to sell into the EU to green their production processes.

Secondly, the scheme should also be flexible, so when other countries impose carbon prices as high as those in Europe or demonstrate lower carbon usage – like sourcing their electricity from renewables, imports from those countries would be exempt. This would incentivise non-EU member countries to prove emitted greenhouse gas emissions.

The EU has acted progressively on climate change over the past two decades. By piloting the EC’s intended commitments, ambitions are being raised to new heights and shown their determination to make Europe the first climate-neutral continent by 2050.

The CBAM, as one EU official said, is “clearly complex – and intellectually and politically challenging.”

But the direction of travel is clear.

With a decade left to mitigate against the worst of climate impacts, the EU seems committed to spearhead the global fight against climate change.

[ii] A carbon tax is traditionally recognised as a domestic tax.

[iii] Design and feasibility details are still being worked out. But unlikely to take form of a tax.

[v] US banned shrimp from countries who did not prevent endangered sea turtles from being killed in shrimping process.

[vi] A third country is a country other than the EU member states and the three additional EEA countries (Norway, Iceland, and Liechtenstein).