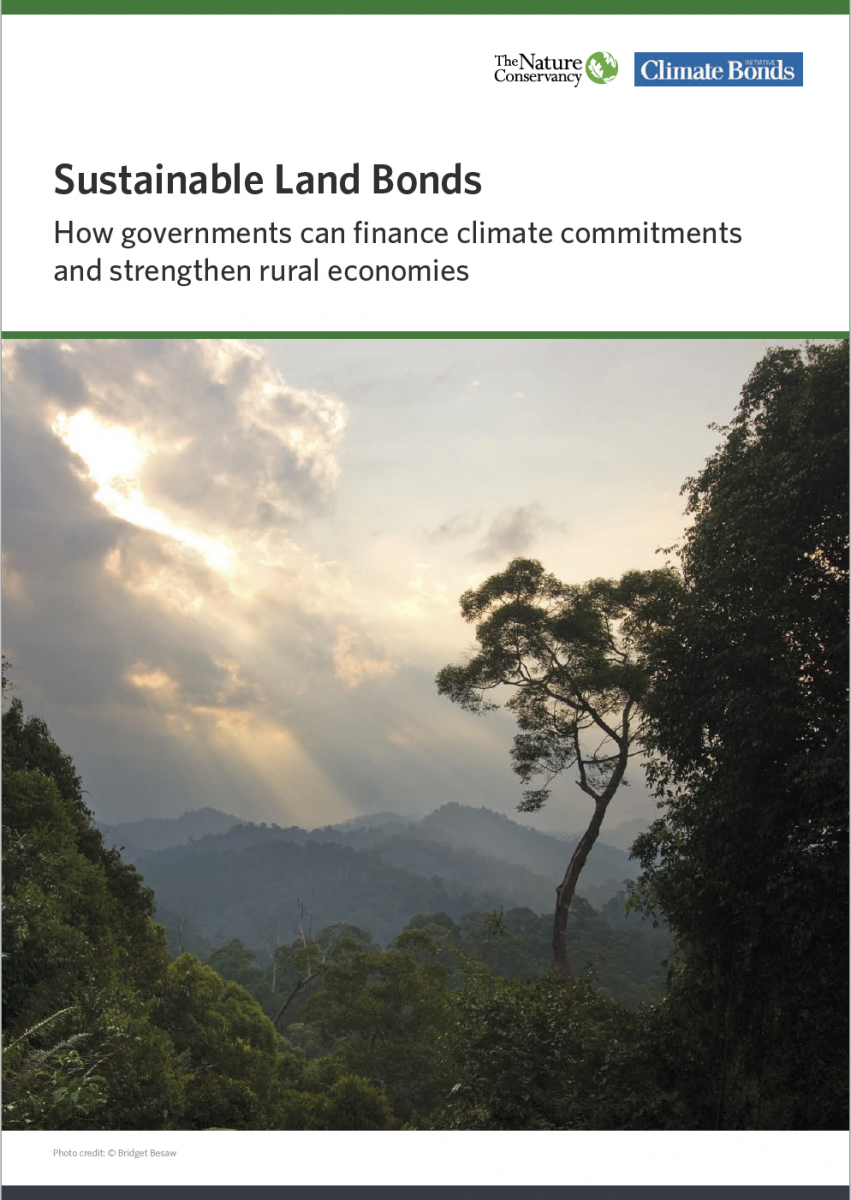 Climate finance flows could be used to help developing tropical forest countries tap the bond markets, scaling up the amount of capital available to them for conservation

It has become clear that without urgent changes to land management practices, particularly in tropical forest countries, we will simply not be able to hit the emissions reduction targets set out in the Paris Agreement to keep global warming ‘well below 2°C’.

Transforming our energy systems to be carbon neutral by replacing fossil fuel with renewables is a critical first step but can only take us so far. But, alongside transitioning to all-electric transport systems and decarbonising industrial processes, we must also support nature to play its part.

Recent research, led by The Nature Conservancy, shows that changes in the way we manage land can contribute 37% of the emissions reductions we need to help meet the Paris goals by 2030. We now have a good understanding of the green technologies needed to achieve these reductions and they are available now, when we need them most.

Natural Climate Solutions can contribute 37% of the emissions reductions to meet the Paris goals by 2030 (Bronson et al, PNAS, 2017)

Agriculture and the degradation and deforestation of land generates just under a quarter of all greenhouse gas emissions. Yet the future growth and prosperity of many countries depends to a significant extent upon the continued growth of their rural economies – sectors like farming and forestry. As developing economies often lack the finance and investment needed to sustainably develop their land, what can be done?

First, governments must legislate to protect their valuable natural infrastructure. And then they must enforce that legislation. Brazil has done that with the Forest Code and while this has had some effect in slowing the rate of degradation of the Amazonian rainforest, it has not been enough.

Ultimately, what is needed to bring a stop to the destruction of tropical forests is investment in regulation and enforcement; investment in creating the jobs in rural areas that are a more attractive proposition than engaging in the destruction of the forest; and investment by farmers in sustainable agricultural practices, allowing them to increase output and profits without increasing the footprint of their farms.

Where is that investment going to come from?

Thirty-nine governments from developed nations have committed to find $100 billion per annum from 2020 to help developing countries make the necessary transitions in their economies as part of the Paris Agreement outcomes.

Governments of developing tropical forest countries are doing their bit too. 193 nations made commitments, known as nationally determined contributions (NDCs), under the Paris Agreement in 2015: for example, Indonesia has committed to a 29% reduction in emissions from land by 2030, but offers to improve on that to a 41% reduction if it receives assistance from developed countries (meaning monetary incentives).

As well as committing funding to assist tropical forest countries in the transition to greener economies, several wealthy nations have already agreed substantial amounts of funding to incentivise them directly to make the required changes in their land-use practices – essentially paying them not to deforest. These are called Results-Based Payments agreements.

Norway has signed $1 billion Letters of Intent with both Indonesia and Brazil, as well as several smaller agreements with other countries such as Guyana, Liberia and Peru. The World Bank’s Forest Carbon Partnership Facility Fund includes country donors such as the UK, Norway and Germany, who together have pledged a further $5 billion up to 2020.

But to date, only relatively small amounts of committed Results-Based Payments have been disbursed. We see a possible path forward that could quickly unlock billions of dollars more.

How to unlock billions more?

Sustainable Land Bonds (SLBs) would be backed by the full faith and credit of the issuing country, but differ from regular sovereign bond issues in two important respects: 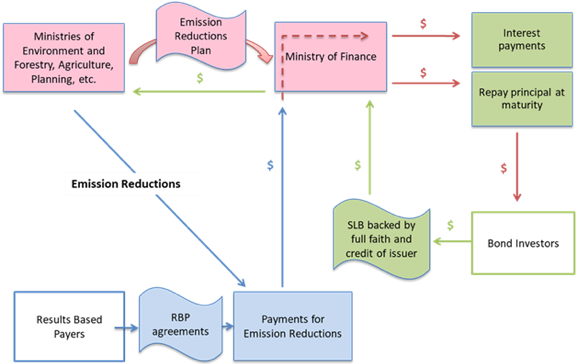 A country’s emissions targets will need to be consistent with its NDC and thus contribute to meeting its objectives under the Paris Agreement. That means improving the way land is managed, without compromising forestry and agricultural production.  Essentially a country is arranging to be paid for doing things it already committed to do.

Or, put another way, it has entered into an arrangement to reduce the interest cost on its financing, potentially to zero, if it hits its emission reduction targets – and is putting those funds to work in the rural economy, one of its greatest assets.

Why link the two?

It could be argued that the two elements of a SLB financing could be undertaken separately. However, by linking the two, a little chemistry occurs.

The issuing country makes a concrete and highly visible statement of its intention to invest in harmonising growth in its rural economy and meeting its commitments under the Paris Agreement relating to land-use change.

In turn, this encourages finance ministries, environment ministries and planning bodies to engage closely on investment in the rural economy and to see it as an opportunity with high returns and low funding costs. This allows a country to take the initiative in its discussion with results-based payers and put a results-based payment formula on the table for investors to consider.

Mainstream bond investors, fund managers, underwriters and traders will be given a fly-on-the-wall view of how tropical forest country governments can grapple with deforestation challenges given enough investment and can be inspired to seek similar or better solutions.

We need the intellectual capital from finance experts applied to the conservation business.

There has never been a more important time to invest in nature, or a better opportunity to bring the invaluable assets of tropical forest countries – their ‘green infrastructure’ – together with financial capital from wealthy developed nations. This is a chance for those who are willing to invest in nature and people to take action in the pursuit of our most urgent and material global challenge.

The Nature Conservancy in partneship with the Climate Bonds Initiative has released a full report on Sustainable Land Bonds.

Stuart J Clenaghan, Senior Fellow of the Climate Bonds Initiative and a Senior Adviser to The Nature Conservancy (Guest Author)